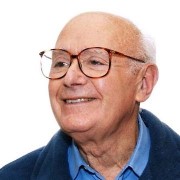 Alberto Behar has been a long-time columnist with CanadianAudiologist, and the Canadian Hearing Report before that with Noisy Notes. Alberto has been the “go to” person when it comes to noise exposure, standards, and noise control. Sadly, Alberto passed away on November 29, 2022. What follows is a celebration of his life’s work.

I first met Alberto when he was with Ontario Hydro and was responsible for hearing conservation and noise control. Before that, he worked at the Ontario Ministry of Transportation to design highway noise barriers. At that time, we worked together, with others, on the development of noise standards for the province of Ontario. And Alberto, Meg Cheesman, and I published Noise Control: a primer (Singular Publishing Group, now Plural Publishing Group, in 2000).

Alberto was a professional engineer and Certified Industrial Hygienist and, as an acoustical consultant, had been active for over 55 years in hearing conservation, noise and vibration measurement, assessment, and control. In 1966 he was the Director of the Department of Acoustics at the Instituto Nacional de Tecnologia Industrial in Argentina, and in 1977, as a result of an Argentinian coup, he came to Canada.

He has contributed significantly to Canadian standards and helped develop national and provincial standards, and along with way, he has been the recipient of many awards (such as the CSA Award of Merit in 2013 and Hugh Nelson Award of OHAO in 2001, and Fulbright scholarship). And up until quite recently was a researcher at the Toronto Metropolitan University (previously Ryerson University) in Toronto, dealing mainly with hearing conservation and musicians and the prevention of hearing loss. Acoustics Today, the official journal of the Acoustical Society of America, published an interview with Alberto Behar where he talked about his life- both personal and professional.  This can be found at https://acousticstoday.org/interview-professor-alberto-behar/

When told of his passing, some of his colleagues asked to submit something about their association with Alberto and these follow:

Frank Russo: I first met Alberto as a student attending Acoustics Week in Canada (AWC). He was a regular fixture of these meetings. His questions were always animated, and he seemed to be curious about pretty much everything.  In 2007, I became reacquainted with Alberto through our work together on the Board of Directors of the Canadian Acoustical Association. In 2010, I delivered a presentation to the lab he was volunteering in at the time, at the Institute of Biomedical Engineering, University of Toronto. For various reasons, Alberto was looking for a change of scenery and we had some discussions shortly thereafter that led to him joining my lab. 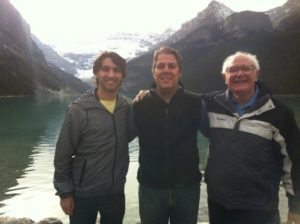 For 12 years we worked together on various projects including comfort in hearing protectors, noise-exposure in orchestra musicians, noise attenuation from earplugs, and listening effort. The work resulted in 5 peer-reviewed publications, 5 proceedings papers, and 12 conference presentations. I never paid him. His only request was that I subsidize his annual attendance at AWC. He showed up to the lab like clockwork on Tuesday and Thursday mornings every week outside of holidays. He offered an annual tutorial on acoustics, and he took great pleasure in talking up the students, learning about their projects that were often very far removed from his own interests and training.  In 2012 Alberto, Tristan (a former student), and I were all attending AWC in Banff. We took a road trip to Lake Louise. Along the way we came upon a giant Grizzly at the side of the road. We rolled down the windows and quietly started taking some photos. Before I knew it, I heard the door slam and Alberto appeared in the middle of the road, situated between the Grizzly and the safety of our rental car. He was out there, of course he was, trying to get a closer look. We whispered and motioned for him to get back inside. He waived our concerns away and proceeded to do what he was doing. Fearless, in the moment, and in the happy pursuit of curiosity.

Kathy Pichora-Fuller: Alberto’s unstoppable enthusiasm and love of acoustics was highly contagious. I remember his warm welcome when I attended my first meeting of the Toronto Chapter of the Canadian Acoustical Association at the Ontario Hydro building in the early 1980s. Over the next four decades, I saw him warmly welcome hundreds of new students at yearly meetings of the Canadian Acoustical Association, listening thoughtfully to their presentations, engaging them in conversation, and encouraging them in their studies and as they embarked on new careers. His passion for acoustics will continue to live on in so many of those whom he inspired.

Christian Giguere: It was my pleasure to have known Alberto since the mid-1980s. I will remember his lovely smile, great humor, and unfailing enthusiasm. He generously shared his time and expertise with students and young professionals, and contributed to the development of methods in acoustics, hearing protection and hearing loss prevention for over 40 years with the Canadian Standards Association and other organizations. His eagerness to help and get involved was remarkable. His focus on keeping things simple rather than complicated and difficult to use for little added benefit is something that he cherished and wisely reminded us of at key moments. He will be dearly missed, but many good memories will remain.