May is Speech and Hearing Awareness Month

Throughout the month of May, audiologists put in extra effort to highlight the importance of hearing health within our communities. This year, the Canadian Academy of Audiology, (CAA) is helping audiologists all over Canada to promote hearing healthcare by sharing projects submitted by the next generation of audiologists from University of British Columbia, Western University and Dalhousie University.

Last year we launched the first Canadian Academy of Audiology University Challenge to graduating audiology classes all over Canada. We tasked the graduating students with coming up with ways to promote the field of Audiology/Hearing Health Awareness to the general public.

We have posted the students submissions on our website for you to use in your practice to help promote May Month.

Thank you to all of the students who took part! As you will see, the calibre of submissions is remarkable.

Please help promote May month by sharing these submissions!

May is speech and hearing awareness month and many of our Canadian Academy of Audiology, (CAA) members design and promote a wide variety of public education materials.

Marshall Chasin was invited to be part of a Duracell initiative that involved the singer/songwriter Jann Arden. Over the course of 8 hours Marshall and Jann did 12 media interviews that included Breakfast TV, CTV, and a number of Internet media outlets.

Jann’s message was quite important. Her mother recently was fitted with hearing aids and is doing quite well.  Mrs. Arden has some cognitive decline but the family just assumed that her mom’s inability to communicate in some situations was just a normal response to the cognitive decline. The family physician suggested a hearing assessment and one was done showing a bilateral “70%” hearing loss. Understandably the family felt quite guilty- imagine not realizing that mom was hearing as if she was under the water and wearing industrial earplugs. Guilt is a common feeling among family members.

Hearing loss is a slow gradual process with no pain so it’s completely understandable that it is sometimes called the invisible handicap. Given the nature of gradual hearing loss the family should not be feeling guilty- it’s not as if blood gushed from the ears whenever there is a hearing loss.

The importance of the work of Dr Frank Lin from John’s Hopkins was discussed. He, and his colleagues were the first to link untreated hearing loss with cognitive decline. Early identification is not just for children; it is for all of us. Dr. Frank Lin and his colleagues at John’s Hopkins University are building an understanding of the implications of the link between the onset of dementia and the presence of hearing loss found in a large longitudinal study.

A solution is a massive educational effort by all stakeholders involved to ensure that hearing loss no longer remains invisible.

Marshall was able to demonstrate his new app called Temporary Hearing Loss Test (available on Apple and Android in a few weeks). This measures the hearing at 6000 HZ before noise or music exposure and then again after; the difference being a measure of temporary hearing loss, also known as TTS. Repeated TTS over time can result in permanent hearing loss- prevention is the cornerstone behind any educational program.

This was all part of a Duracell sponsored event called “#Stay Connected“. The importance of maintaining your hearing and seeing an audiologist was driven home to a wide ranging audience. Duracell has arranged for 10,000 screening hearing tests from the National Hearing Test – an NIH sponsored not for profit phone test, available until June 26, 2016 and can be accessed at 1-844-9DURACELL.”

Canadian Academy of Audiology University Challenge is open to graduating audiology classes all over Canada. We task the graduating students with coming up with ways to promote the field of Audiology/Hearing Health Awareness to the general public.

Thank you to all of the students who took part! As you will see, the calibre of submissions is remarkable. In the end, the winning submission was sent in from Western University. Please help promote May month by sharing these submissions!

Western University, Class of 2015, won the University Challenge last year.  The students strongly felt there was a need for better hearing health awareness among health care professionals.  For this project, the audiology students targeted students as well as faculty members within medical schools across Canada. They created a brief educational video to promote inter-professional collaboration between audiologists and physicians. The video outlines four case studies of instances during primary care or emergency rotations which warrant a referral to audiology.

Their project sparked great interest among medical school curriculum coordinators, with the video gaining traction (through distribution) with several medical faculties around Canada.

Dalhousie University, Class of 2015, submitted a thought provoking video directed at the general public. The video’s intent was to encourage people to acknowledge the importance of the sense of hearing and to gain some appreciation into how it would feel to no longer hear your “favourite sounds”.   To quote Dalhousie University Class of 2015: “We want to raise awareness for something that cannot be seen, for voices that are often not heard. Audiologists have the ability to turn the volume up on one of our most cherished senses that helps us connect with one another.”

University of British Columbia: Class of 2015

The University of British Columbia, Class of 2015, submitted an informative and light-hearted handout intended to empower individuals to become more proactive about their hearing health.  The idea here was to come up with an easy means to get information to the general public.  Print and use this brochure to spread the word about hearing health awareness!

As a member of the Canadian Infant Hearing Task Force, CAA is promoting awareness by inviting families to share their experiences with early hearing services through social media.

It’s time to open a conversation about services for childhood hearing loss in Canada. How have early hearing services affected you and your loved ones?

The Canadian Infant Hearing Task Force is a national group of leaders and experts in matters related to early hearing detection and intervention, formed to promote, support and advocate for comprehensive universal early hearing detection and intervention programs in all Canadian provinces and territories. The group is a joint effort of the Canadian Academy of Audiology and Speech-Language and Audiology Canada. 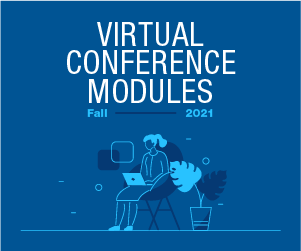