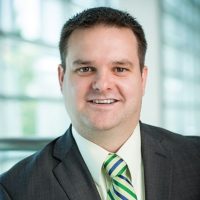 Dr. Ryan McCreery is the Vice President of Research and Director of the Audibility, Perception, and Cognition Laboratory at Boys Town National Research Hospital. Ryan worked as an audiologist at Boys Town from starting in 2001 until he finished his PhD under the mentorship of Pat Stelmachowicz in 2011. Ryan has had continuous NIH funding since 2009 to examine outcomes in children who use hearing aids. As Vice President of Research, Ryan supported an expansion of research that led to a doubling of the number of scientists and amount of external research funding since 2017.